It is developed on Linux (fedora, specifically) and built and tested on Linux, MacOS, and Windows. In theory it should build fine on the BSDs as well, but nobody has verified that.

It also now features integration with OpenKJ Songbook for web based search and song submission.

This was the application that got the OpenKJ Project started. It was originally created because I wanted to host my shows on Linux but there were no viable hosting applications on that platform at the time. 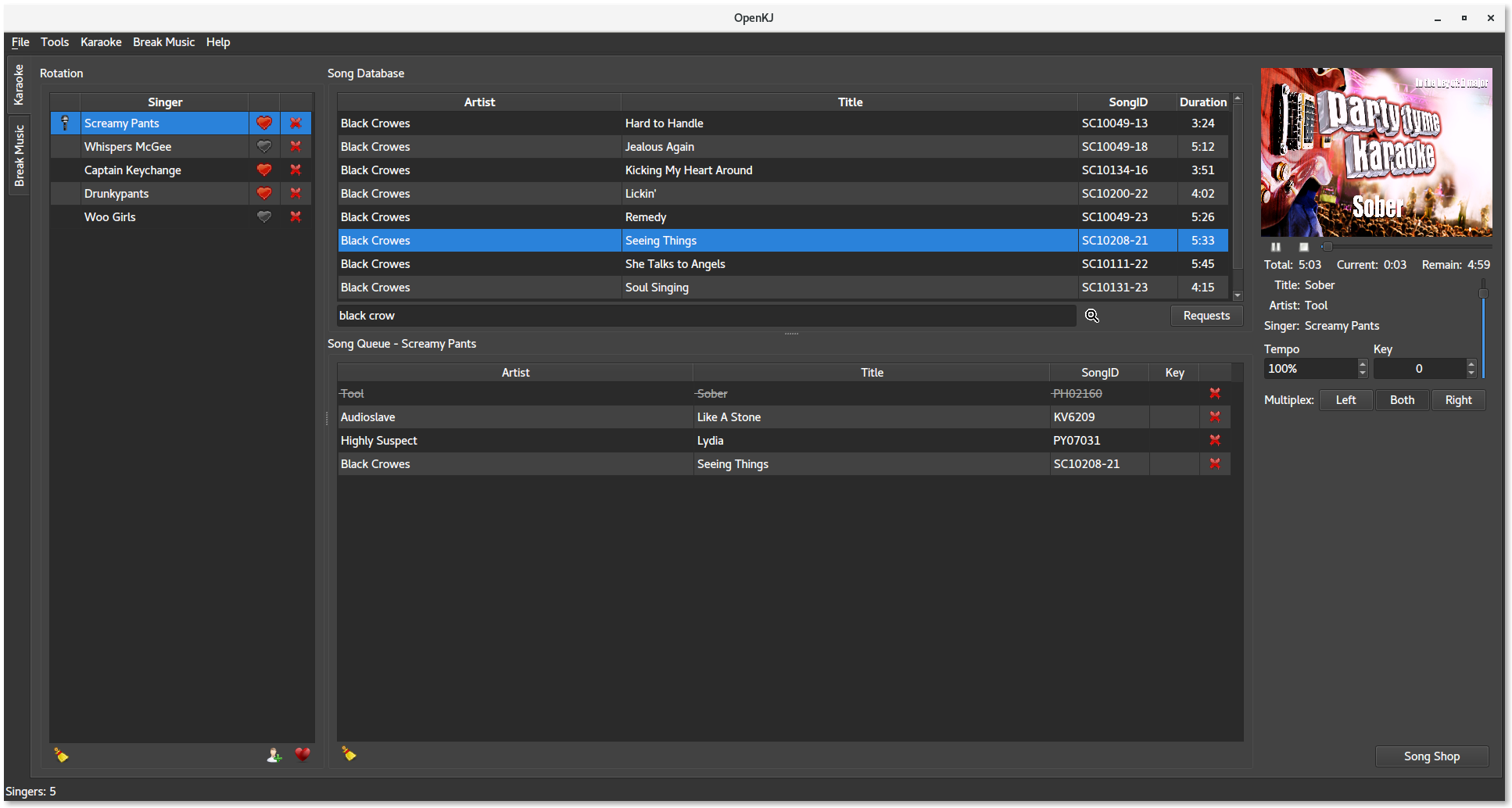 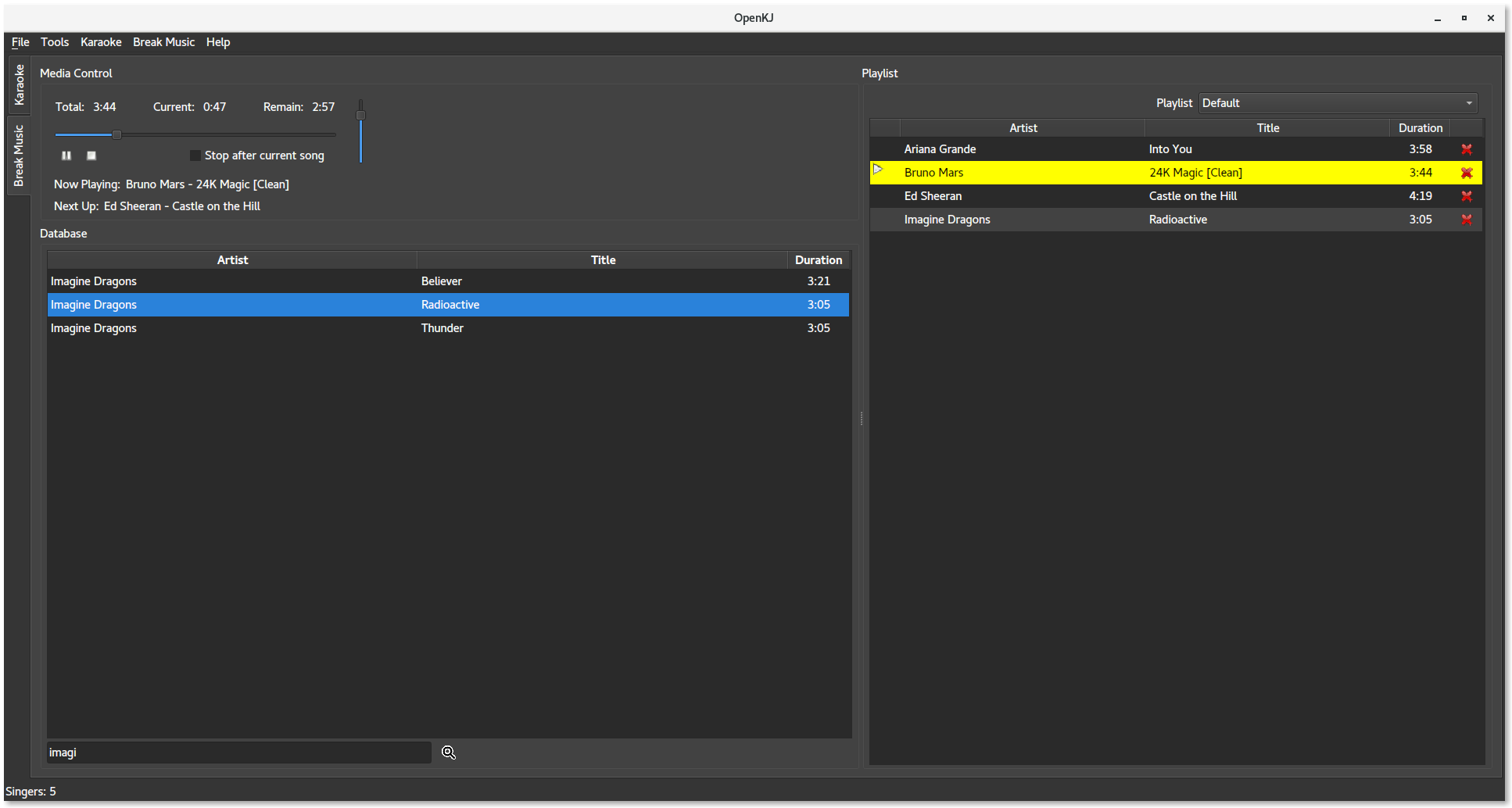 IMPORTANT! Linux users: Read this if you're upgrading from an rpm or deb based install

OpenKJ Tools is a collection of tools to help maintain your karaoke library.

It currently has the following capabilities:

This software is currently experimental. It should work fine, but make sure you have a backup of your library before using it.

OpenKJ Songshop is a tool for purchasing and downloading karaoke files on the fly.

Currently only PartyTyme is available, but I am open to working with any other karaoke manufacturers who are interested in being included.